Always Have a Backup

acwadmin
Mar 9, 2018 Basics Comments Off on Always Have a Backup 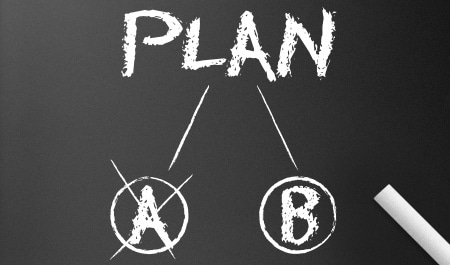 The clock is ticking…..

Every piece of machinery you have will fail at some point.

Every second your equipment gets closer and closer to a problem.

It doesn’t matter how well built your equipment is, eventually something will go wrong and you’ll need to fix it.  Granted, well-built equipment will last longer and work better than the cheap stuff.  It may take longer before there’s a problem, but there will be problems.

So when your compressors fails is it time to panic?  Is your production shut down until the compressor is fixed?  Do you have to send people home because there’s no work for them to do?

A redundant system would allow your production to continue.

I know what you’re saying – “My compressor cost me thousands of dollars.  I can’t afford two of them.”

If your compressor is critical to your operation, then you can’t afford to not have backup.

How much money do you lose when your production shuts down for a day?  How much do you lose in one week?  For most companies, the price of another compressor pales in comparison to the cost of being down for just a few days.

Additionally, when you’re down, that requires you to ship the parts next day air and often pay overtime labor rates, further increasing the cost.  If you had a redundant system, then you could repair the compressor during regular hours; you could wait a week for ground shipping.

What you can lose is more than just financial.  Your customers suffer, too.  The ones that rely on you to deliver when you promised, will be hurt.  If you lose their trust, you’ll likely lose their business.

Your compressor is going to fail.  Work on getting redundancy right now.

There’s a way to do it that will save you money in the long run, too.  If you’re planning a new system, consider multiple smaller compressors with an intelligent control system, instead of one large compressor.  The savings on your electric bill and maintenance costs will eventually pay for the extra initial cost, and you’ll have the security of a redundant system.  Spreading out the hours on the compressors will make failures happen much less often, as well.

If you already have an air system in place, you may not need a full sized backup.  Call us, and we can determine that for you.

A backup compressor or a redundant system doesn’t have to break the bank, but not having one will eventually cost you a fortune.
…..
It’s just a matter of time.