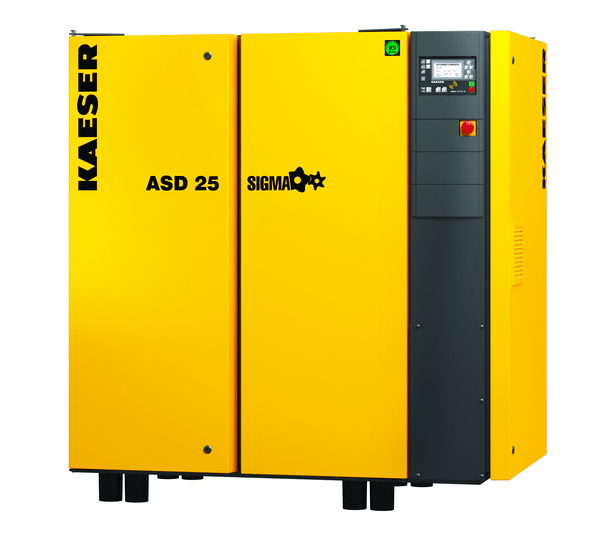 “Give me the cheapest medicine you have that comes in 250mg pills.”

The pharmacist then asks you, “What type of medicine?  Do you want aspirin, Tylenol, NyQuil, Claritin, or maybe some antacid?  What are your symptoms?”

“That doesn’t matter….just give me the cheapest one that comes in 250mg pills,” you respond.

So you grab the cheapest medicine on the shelf that comes in 250mg pills, and you confidently walk out of the store with Viagra, even though you have a fever. 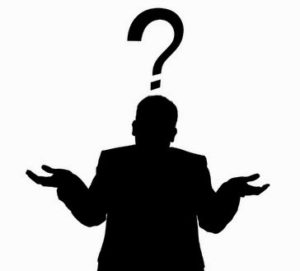 That seems a little ridiculous, but we see this every day in the world of air compressors.  Several times per day, we have a customer that asks us for a compressor in a certain horsepower. When you ask for a compressor based on horsepower, what you are doing is very similar to pharmacy situation described above.

Horsepower (hp) is not an accurate way to size an air compressor.  Horsepower is a number assigned by a manufacturer to represent how much power the engine or motor can deliver.  However, the advertised hp can be creatively altered by manufacturers to show what they want it to show, and more often than not that is the case.  Additionally the hp rating only tells you rating of one component of the package.  It doesn’t tell you what’s going on with the other components.

This creative horsepower labeling is extremely common consumer world.  Go to Home Depot and Lowes, and you might see compressors that plug into your wall that say 5hp or 6.5hp.

The plug in your wall is on a 20 amp breaker and it’s a 120V circuit.  Watts = volts x amps, so the biggest motor you can run on that plug is 2400 watts.  2400 watts is 3.2 hp.  Sometimes it’s just a 15 amp breaker (1800 watts or 2.4 hp).  Compressors are “hard starting” which means the starting amps are over double the full load amps listed on the motor.  Also, you have to factor in motor efficiency.  That means any air compressor bigger than 1.5 hp will blow the breaker when it starts.

So any compressor that plugs into your wall at home with a regular plug is 1.5hp or less, no matter what it says on the label. 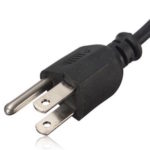 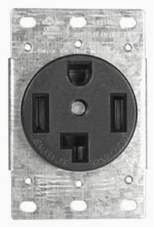 V compressors that they sell at a big box store or automotive store?

If it says 5 hp or 7.5 hp, then that’s probably the actual hp or close to it. If you see some other hp rating than that, like 6.5 hp or 9 hp, then you know some creative labeling has been applied.

It’s not just compressors where you’ll see this, there have been several class action lawsuits where manufacturers were giving “peak hp” ratings.  The horsepower on vacuums, lawnmowers, and cars have all been creatively labeled. There was one which involved air compressors, as well.  If you see the words “peak hp,” on anything you can completely ignore that horsepower rating – it means absolutely nothing.

It’s not just the consumer world either.  Horsepower labeling in the industrial world often goes the other way with horsepower.  Let’s look at some popular industrial brands and their 100 hp compressors.  I’m going to link you to the CAGI data sheets, and look at line 11, which is the input kW at full load.

Input kW is the actual amount of power you use when running fully loaded.

Now let’s convert kW to hp.  100 hp is 74.6 kW.  However, no motor is 100% efficient.  That’s physically impossible with today’s technology.  To to calculate the real hp, we need to multiply the kW by the motor efficiency and then convert to hp.  As an example, a 100hp motor and 95% efficiency would need input kW of 78.5kW.   The motor efficiency rating is line 7 in the CAGI data sheets.

So the Kaeser “25hp” is closer to 30hp and the Ingersoll Rand “30hp” is really 35 hp.  Also, the Kaeser gives you more flow at the same pressure with about 7 less hp.  This is a great example of how useless the horsepower rating is.

Let’s add more confusion to he horsepower ratings – gas engines and electric motors of the same hp won’t do the same amount of work.  If I were running a compressor pump that normally takes a 5 hp electric motor, I would need about a 10 hp gas engine.

So basically it takes double the amount of hp for a gas or diesel engine to do the same amount of work that an electric motor does.  Here is a good explanation of why.    The short story is that an electric motor just handles the power given to it by the electrical system and translates that to physical force, but a gas engine actually produces power by its combustion.

About 90% of customers who contact us looking for a compressor ask for a certain horsepower, but as you can see sizing up a compressor based on horsepower is not a good idea.  It will get you in the ballpark range, but that’s it.  Air compressors for home use and small business tend to greatly exaggerate their hp ratings, while air compressors targeted toward larger industrial customers tend to give you more horsepower than what’s on the label.

So if you size air compressor by horsepower, you’ll be in same position as the person who walked out the pharmacy  – you’ll know what size pills you have, but you won’t know what’s in them.

So what is the correct way to size a compressor?